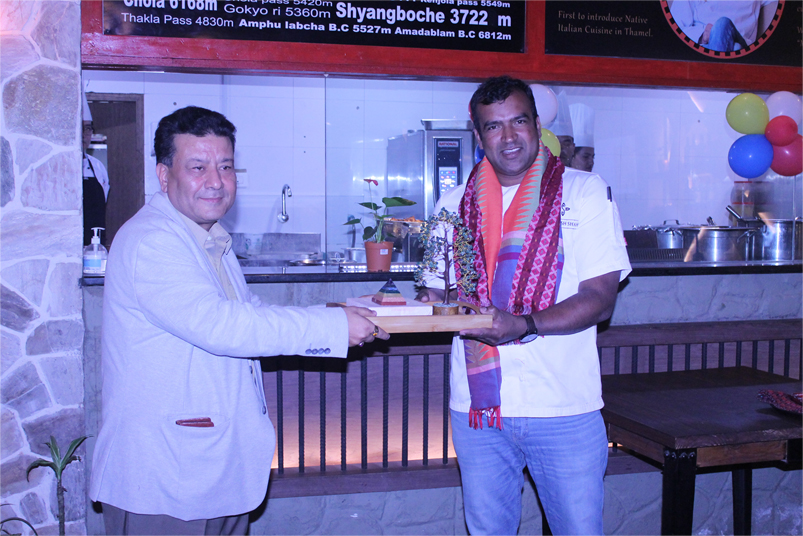 A special event “Dinner with MasterChef Santosh Shah” was hosted by Marcopolo Restaurant to felicitate MasterChef Santosh Shah on 22nd March 2021. Mr. Shah, who is a proud runner-up of a prestigious cook show MasterChef UK, was honored with a token of love handed over by Mr. Suman Pandey, a leading tourism entrepreneur and the owner of Marcopolo Restaurant. During the event, Mr. Shah also launched Marcopolo’s new menu named “Bada Khana”, which is an exclusive platter offering authentic Nepali cuisine. After launching the menu, Mr. Shah sampled Bada Khana, and appreciated it for its rich flavors and unique creativity. Mr. Shah also inspected the facilities of the Marcopolo and shared his insights and experiences to a group of Marcopolo’s Chefs. 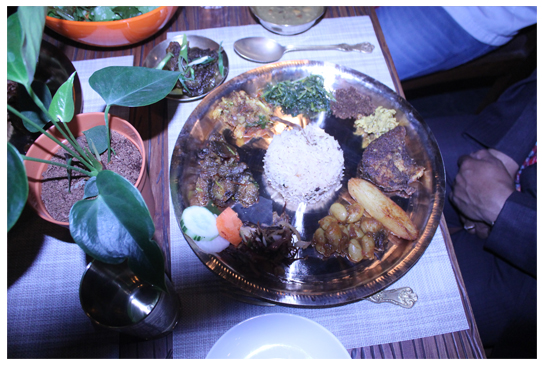 Addressing the event, Mr. Shah said, “The warm welcome and love of Marcopolo has overwhelmed me. I want to thank the whole team for such a great honor. It has given me a great pleasure to know that Marcopolo has dedicated itself to offer flawless services to both foreign and local guests. I wish Marcopolo team a huge success. I really look forward to coming here again in my next visit to Nepal.” After tasting Bada Khana, he also said, “I have found Bada Khana a typical Nepali food with unmistakable  authenticity and great taste. As a promoter of Nepali cuisine in the international platform, I can say that this food truly represents Nepali food culture and it deserves to be in the global stage.”

Prior to the event Chef Santosh Shah also attended Nepalese Gastronomy Chef Competition 2021 jointly organized by Aloft Kathmandu and Century Spices and Snacks. The London based Nepali Chef Shah is currently in Nepal for a visit after his ambitious win in MasterChef UK. After his participation in MasterChef UK, he instantly became a global hit among the Nepali community around the world. He is especially known for introducing Nepali cuisine in the world stage. In the final round of the show also, he served typical Nepali food that included spiced buffalo ribs, potato masala cannelloni, gooseberry chutney, and a paneer-stuffed paratha with Nepali rice wine (chhyaang). Hailed as an iconic professional and motivator, he has now become an inspiration to millions of people. Marcoplo is really proud to have his honorable presence and want to wish his more successes in his future pursuits.